Today we start a series looking at Eli, and his two sons, Hophni and Phinehas.

When we read 1 and 2 Samuel, and look for what it has to say to us about abuse, we are flooded with stories and examples. This makes sense because what we now categorise broadly as abuse is a grouping of different harmful or toxic behaviours: different sins.

There is a great benefit in grouping behaviours together because it helps us spot patterns. When an abusive person might commonly have dozens of abusive behaviours, it’s very difficult to address them one at a time. Perhaps like trying to block the holes in a colander with your fingers, while water keeps pouring out. This makes sense of the difficulty of making progress with a deliberately abusive person through counselling, mediation, or human resource strategies. While a good-hearted person might be shocked to discover they have behaved harmfully, and work earnestly to change, a deliberate abuser is more likely to swap to a different abusive behaviour, or work harder to hide their abuse.

It’s easy for an abuser to claim they have changed if they just stop doing one specific behaviour, while they continue their abuse simply by swapping to another. Click To Tweet

So – it’s easy for an abuser to claim they have changed if they just stop doing one specific behaviour, while they continue their abuse simply by swapping to another. A huge advantage of grouping behaviours under the heading of “abuse” is it gives us the capacity to say, “Nah, you are still being abusive.”

Another advantage is this grouping of behavioural patterns enables us to identify positive seeming behaviours as part of an overall pattern of abuse. “Smokescreening” is an easy example. Abusers – especially in the Christian community – might point to their wonderful ministry or position of trust, or to their sermons about domestic violence, or some other positive. However, it is common for abusers to use smokescreens, and where there is evidence of other behaviour, such as bullying, such examples of “positive” behaviour fit within the overall pattern of abuse rather than being proof the abuse isn’t happening. That really makes things difficult when good-hearted and trustworthy people are also likely to have wonderful public behaviour. This muddying makes smokescreening such a powerful tactic.

A disadvantage of our modern grouping is it makes it easy to talk about abuse – even sound knowledgeable – without having much idea of what specific behaviours are involved. When abusers present with forms of abuse that aren’t so commonly understood – such as emotional, financial, or spiritual abuse, it’s much easier for them to get away with it. One of our goals at The Abigail Project is to make these behaviours “pop out” more clearly as being abusive: enabling people to act on them to create safer environments.

A tragedy with some of the better known types of abuse – especially sexual and physical abuse – is the tactics used to hide and deny these abuses aren’t commonly known. For example: Emotional abuse such as gaslighting and blame shifting. Financial abuse making it difficult for a woman, (less commonly, a man), to leave a relationship or even speak up. Spiritual abuse to assist with blaming the victim or to use power advantages against them. Dozens of other abusive strategies can all be fine tuned to specific scenarios.

It’s when we drill down to consider these specific behaviours that the Bible opens up as a gold mine of information about abuse.

What about Eli and his sons?

What does this have to do with Eli? All is not as it seems.

The first time we actually meet Eli1, he is sitting in a chair by the doorpost of the temple. Perhaps not a bad pastoral location. His engagement with Hannah2 is less than fantastic3, but he is ultimately helpful in this situation. (He’s not recorded as apologising, which while not conclusive is consistent with God’s response to him later on).

We only have what we read here. Hannah had her eyes and experience. Her and her family were at the temple to take part in the sacrifice.  We know that whenever anyone offered a sacrifice Eli’s sons would use their positions of spiritual and political power to bully them4. Even threatening physical violence5. Not Eli though. Just his sons. Except that’s not entirely how God saw it. It’s not often scripture comments on someone’s weight, but it does in Eli’s case. God sent Eli a message:

Why do you scorn my sacrifice and offering that I prescribed for my dwelling? Why do you honor your sons more than me by fattening yourselves on the choice parts of every offering made by my people Israel?’6

“Fattening” here is not a figure of speech. When Eli dies, the text makes note: “he was an old man, and heavy.”7

What would Hannah have seen with her eyes? Israel’s leader, looking like he was doing his job, but obviously growing fat on the excessive and unlawful demands his sons were making on people like her and her family – under threat of violence. The text tells us he knew what his sons were doing. He spoke up – but God expected him to restrain them, not grow fat on their corruption.

Coming up we will look more at this. God was not at all happy with the way Eli and his sons used their positions of power to harm others. Hannah’s Godly authenticity sits in stark contrast with their crimes.

← Am I losing my faith? (PTSD) Did Hophni and Phinehas commit sexual assault? → 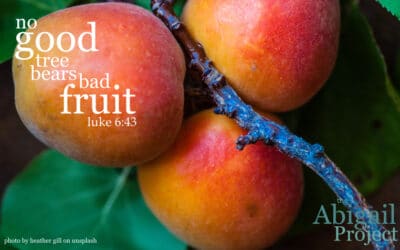 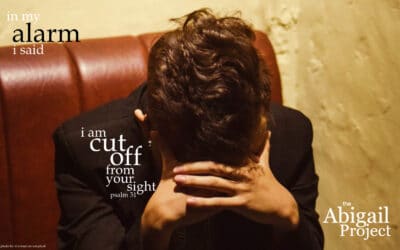 How can we hear God’s voice more clearly?

How can we hear God’s voice more clearly when there is so much noise? Even though Elijah was well-practised in listening to God, he had great difficulty hearing God clearly when he was in the midst of trauma.

If even Elijah struggled to hear clearly, we can take comfort when we struggle. Perhaps that’s one of the no doubt many reasons why we have been gifted with his story. I am confident at least that while it was happening God was already conscious of our current situations. Way back then, he knew.